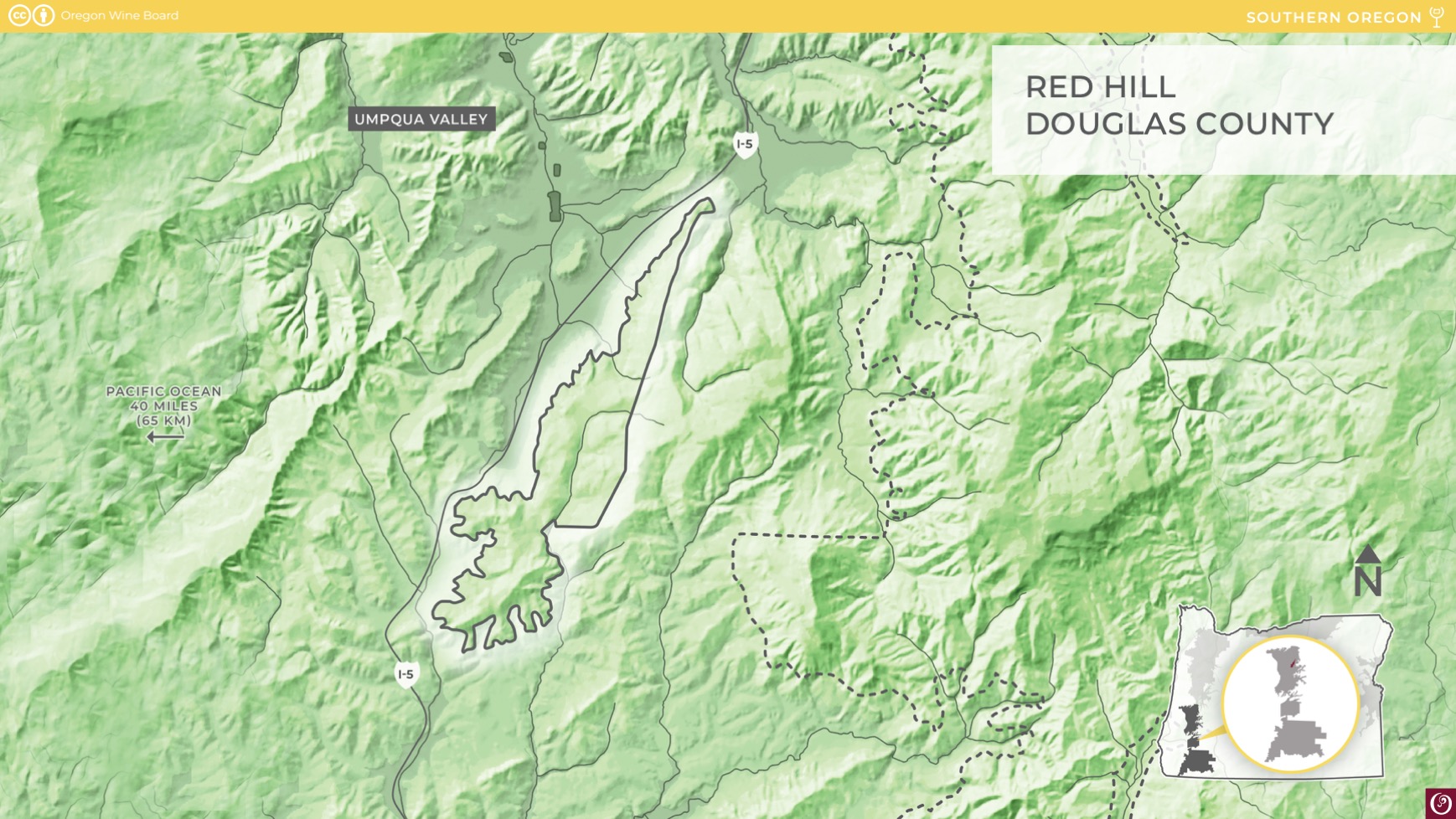 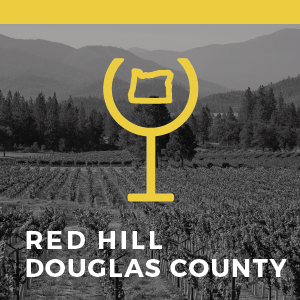 Red Hill Douglas County is a single-vineyard AVA wholly contained within the Umpqua Valley AVA. Vines sit between 800 and 1,200 feet (245-365 m) and do not benefit as much from the protection of the Coast Range, resulting in cooler growing season temperatures.

Red Hill Douglas County is dominated by iron-rich, red volcanic Jory soils, which were formed from the uplifting of ancient volcanic basalt. They are mostly deep and considered premier wine grape growing soils.

Wines from this region tend to be leaner with more structure compared to other AVAs within Southern Oregon.

The Applegate and Scott families, pioneers of Southern Oregon, settled at the foot of Red Hill in the mid-1800s. Jesse Applegate planted Douglas County’s first established vineyard in Yoncalla in 1876. Red Hill Douglas County appellation was approved in 2005.