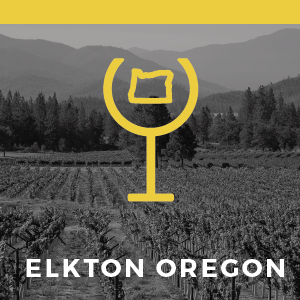 In contrast to the rest of Southern Oregon, wines produced from this region are more often from cool climate varieties made in a lusher style, fuller in body with bolder fruit notes than those produced in the Willamette Valley.

Winegrowing in Elkton dates back to the early 1970s when Ken Thomason began planting cool climate whites and Pinot noir. The first winery was established in 2000. Currently, there are four licensed wineries and 12 commercial vineyards totaling 96.5 planted acres (39 ha).